2. Another One bites the Dust.

Jaz Parks has enough trouble in her personal life. What she doesn't need is more trouble with her vampire boss and another mission. This time she has to retrieve a vital piece of biotechnology by killing the maniac who stole it: an ancient Chinese vamp. Their cover in this mission: professional entertainers at the Corpus Christi's Winter Festival. The crew's all here: a psychic, a techno-wizard, a singing vampire, a juggling PI, and Jaz. Holy crap in a bottomless well, Jaz is going to bellydance. It's definitely, probably, quite possibly going to be the end of the world as we know it.
DESCARGAR (Español)

This is a mission unlike anything my vampire boss, Vayl, and I have ever been on. It's not our usual take them out and run; it's an undercover mission that needs the whole gang: a psychic, an interpreter, and a weapons specialist. We're joining a Special Ops team to nail the Wizard, a major terrorist thorn in the military's side. We've never gone in with such heavy artillery before, but the more the merrier, right? Um . . . nope. At least not since Vayl and I learned part of our job is to ferret out a mole concealed in our unit. To add to our problems, we're being harried by a pack of reavers bent on revenge, and targeted by a Seer who wants to share Vayl's power - at any cost. Oh yeah, and let's not forget the army of demonic, soul-sucking parasites either. This is going to be a blast.
DESCARGAR (Ingles)
4. Bitten to death. Jaz Parks here. My latest mission has taken me to the ancient Greek city of Patras; but instead of soaking up its splendor, I'm here to infiltrate a Vampere Trust. Only two vamps have ever escaped the tightly bound communities and lived to tell the tale: Edward "The Raptor"Samos, the most reviled criminal mastermind in recent memory, and Vayl, the CIA's number one assassin who also happens to be my boss. The Raptor is trying to take over Vayl's former Trust. Unfortunately the Trust's new leader has her own plans. This job is going to be the death of me.
DESCARGAR (Ingles) 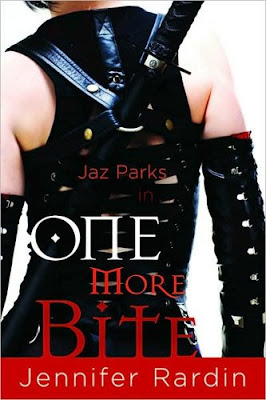 It's Jaz Parks. I've already smoked the guy who was the pain in the CIA's you-know-what for the past few years. But now, in the power vacuum left by the death of Edward "The Raptor"Samos, a struggle for supremacy has begun between his former allies. The CIA feels the balance must be maintained. So when an agent planted among the Weres discovers a plot to assassinate the Coven's leader, my vampire boss and I are brought in to take out the woman hired to do the deed, a killer who might be as wily and Gifted as ourselves. So it's off to the Scottish Highlands for some twisted fun among murderers, demons and half-crazed relatives. Sometimes being a top-secret CIA assassin isn't all it's cracked up to be.